we currently cannot ship to Australia, new zealand, or south africa due to shipping regulations. we apologize for any inconvenience this causes.
By August 22, 20140 comments 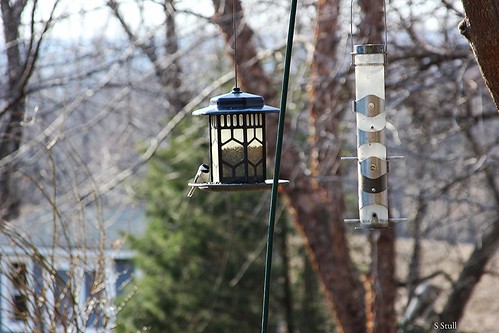 Wild birds like this chickadee can teach us a lot.

I have been involved in my dogs’ training since I was old enough to walk. It has always been a fascination of mine –  animal psychology and behaviour are my passions. Due to some really wonderful trainers, I was taught what to look for in canine body language. Parrots, of course, were the only ones to teach me about avian body language. There simply is no book or person that can do it for you. If only!

Here are some basic behaviours of each, and how they really compare. Remember that body language is down to circumstance and the individual. There is no manual because it truly varies per bird, per species, and per instance. Dog and parrot behavior – from watching my birds and wild flocks – couldn’t be more different. I love watching wild birds. They have a lot to teach us. 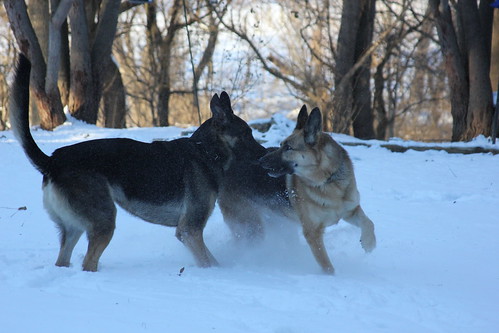 Power play between my German Shepherds.

A dog standing over another dog or human.

This is dominance, pure and simple. A dog who either puts another dog on its back, or who places its snout across the back of another, is saying ‘I’m bigger and stronger, back off.’

A human standing over a parrot – or a parrot above a human.

A human standing over a parrot is a threat. They often perceive it as looming – after all, if you are a handful of grams, would a great lumbering human not seem a little scary? Hands in particular can be scary even to a tame bird. It is polite to ask to scratch your bird by holding your hand in front of it, by the beak, rather than above, for instance. Coming at our birds from above can be frightening.

A parrot who is above a human has found what he considers a safe place. When he refuses to come down, it is because he feels secure there. A parrot is a prey animal, and therefore always on the lookout for threats. 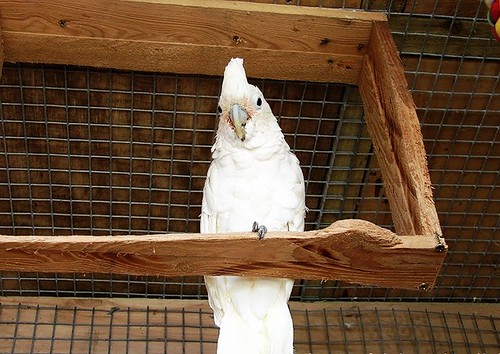 Dogs who lick their humans – particularly the mouth and face – are being submissive, and saying ‘I will be good.’ In wolves, this is a way of begging for food.

Birds who lick their humans, or other surfaces, are taste-testing – their tongues are a method of exploration for them, kind of like a human toddler exploring with their mouth! This is why it’s so important to avoid chemicals in our homes. You can initiate communication with your bird by tilting your head to one side and opening your mouth with your tongue extended. This is a expression of interest. 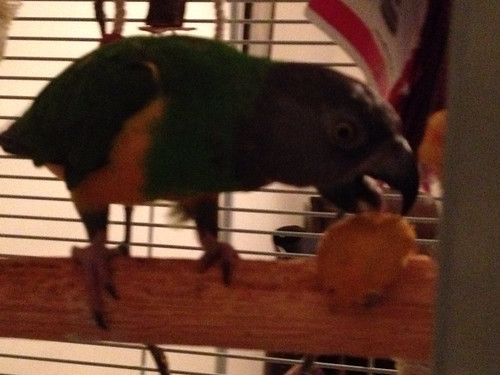 Sorry for the quality – trying to snap a motion photo with a phone doesn’t always work out. Mavi is super interested in this tangerine.

When a canine rolls onto its back, it is being extremely submissive. Usually they roll over and show their bellies, their most vulnerable part. It tells another dog or human that they are not a threat. It is also a trust thing.

A parrot who lays on its back is potentially doing one of three things:

Birds who play on their backs are extremely comfortable in their environment. Many parrots – such as the ever-goofy macaws, or Senegal parrots – instinctively flop over backwards during play time. This can be a very easy behaviour to put on cue, too! And if your bird trusts you enough to sleep on its back near you, that is a very special thing. 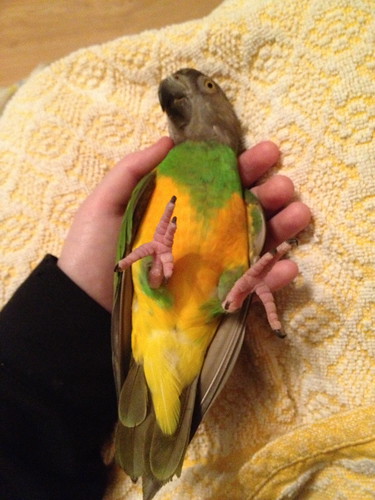 A dog who charges you could be greeting you in play, or it could be defensive. The dog who runs at the front of the pack, ahead of the others, is being dominant – so rushing in front of you means he thinks he’s hot stuff!

A parrot who charges you with the intent to attack may be having a surge hormonal of energy – and the behaviour is a result of not knowing what to do with that. Fixing it is as simple as playing with his diet, and making sure your bird gets enough exercise.

Or a charging parrot may be defending someone or something. In the wild, they will drive off a threat to a mate, but if this doesn’t work, a bird will actually turn on its own mate until he or she leaves.

Fun fact: Some birds, such as geese, fly in a V shape. The bird at the head works the hardest, while those at the rear of the V experience the least resistance from wind. They take turns this way so that everyone gets a break. 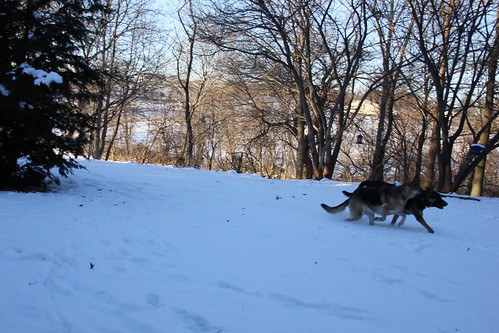 Notice how one is rushing ahead of the other. The dog who is falling behind THINKS she is dominant, but he is showing her who really has the power.